The poster series is designed as an informational tool to inform the viewers of four major facts and statistics about substance addiction. The first poster compares the different short term negative effects the most commonly used addictive substances have on different areas of the body. The second poster breaks down the admission statistics to publicly funded addiction treatment centers in the U.S. by race, age, and type of drug. The third poster compares alcohol, pain-relievers, marijuana, and cocaine use in the U.S. by state. The last poster shows the death rates from various drugs over the years from 2001 to 2013 while also shows the difference between male and female death rates. 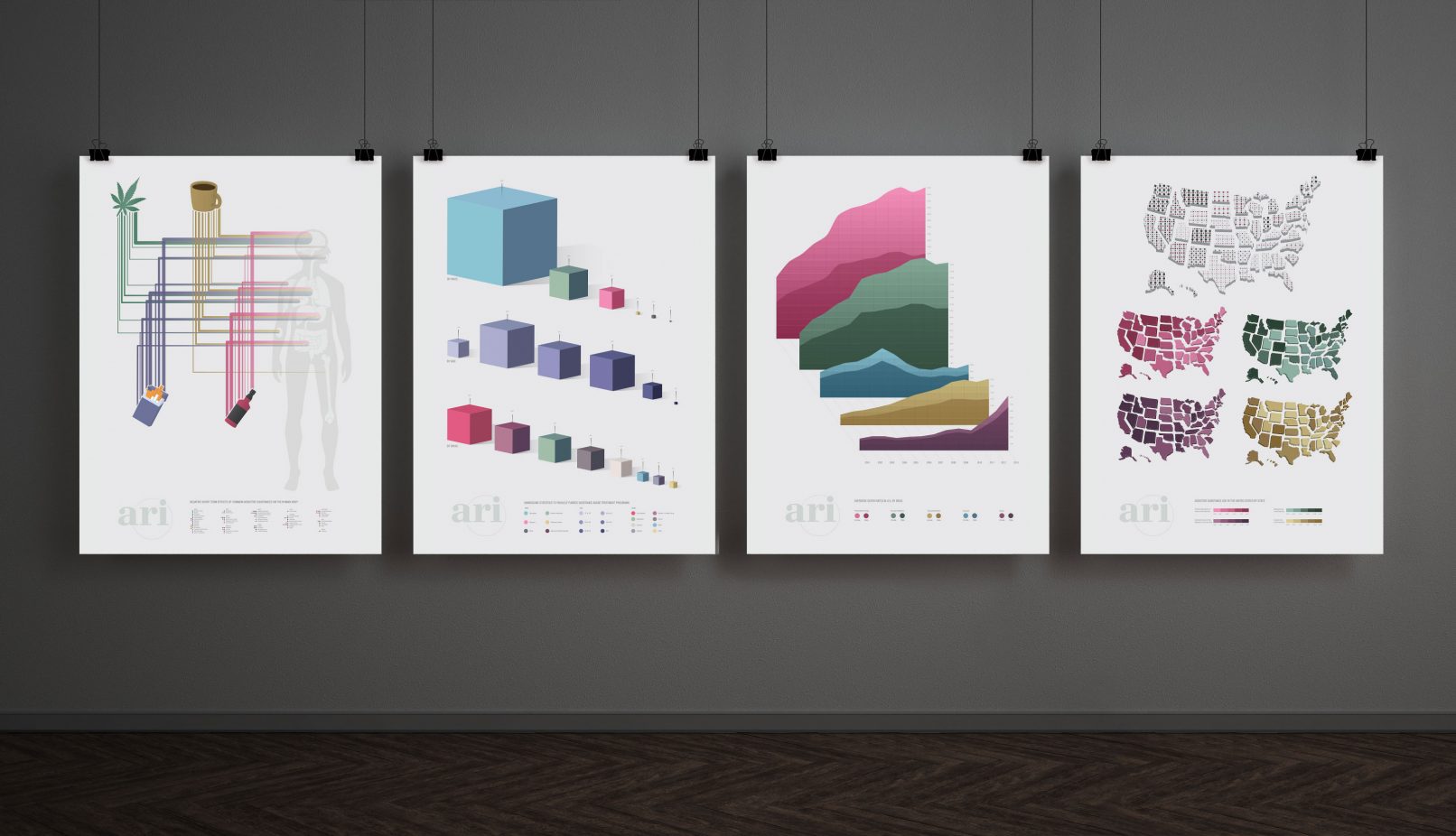 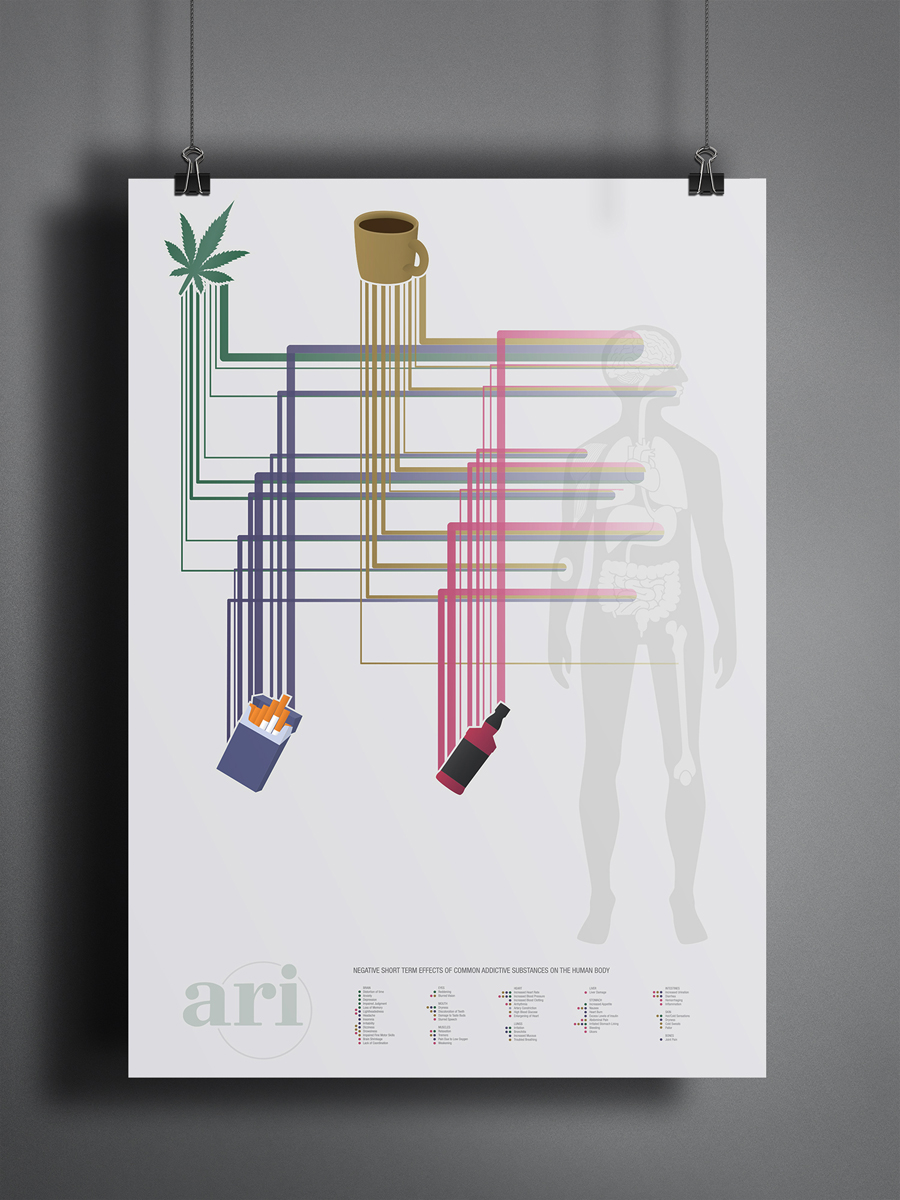 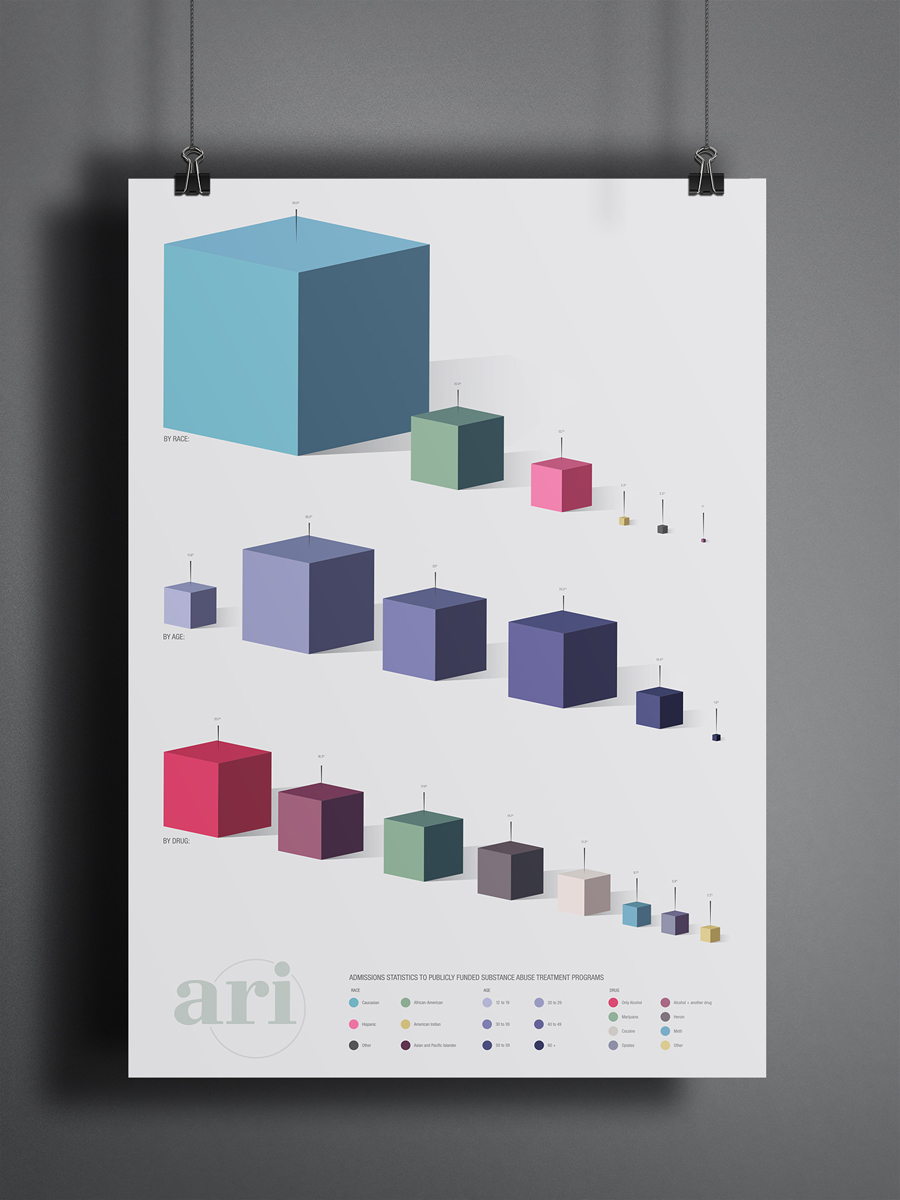 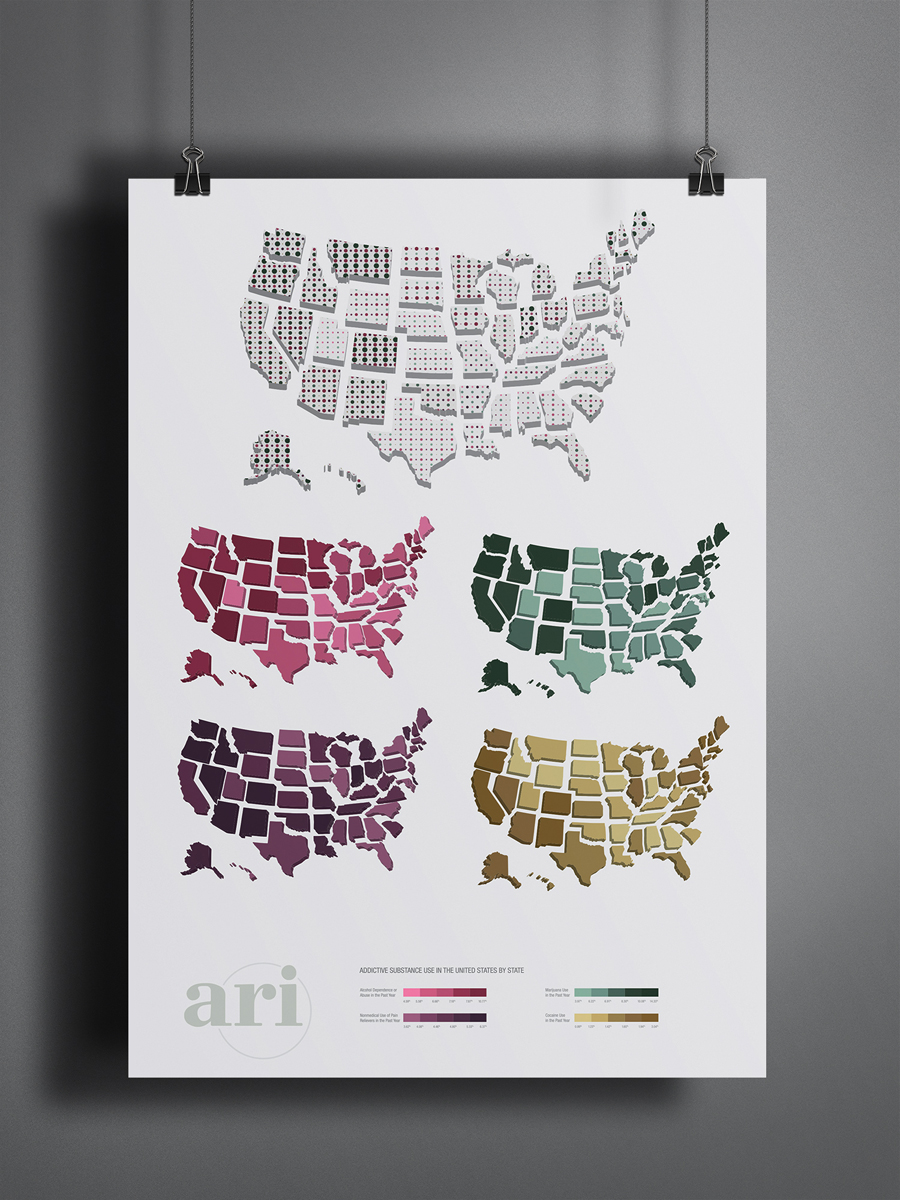 This poster depicts substance addiction by state for most popular addictive substances.